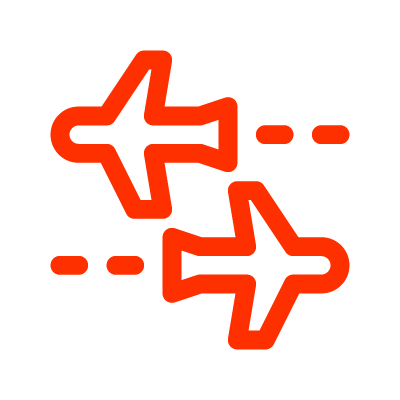 There are plenty of reasons to fall in love with the romance capital of the world: from the depths of the Catacombs to the top of the Eiffel Tower, back down to the Bastille and along the current of the Seine River. Paris will take your breath away without even trying (it is the second most visited city in the world, after all!) Part of what keeps the city fresh is its energy. You can visit Paris over and over again, and there will always be new ways to enjoy it. We are excited to help you both see the essentials but also to experience the City of Lights in ways you never have before.

STADE DE FRANCE
From Rugby World Cup 2007 to the unmissable crunch in Paris, this stadium gave us so many emotions. With 80 000 seats, it is the biggest stadium in France and it will have the privilege to be the theatre of 10 matches, including the opening, the semi-finals, the Bronze Final and the Final.

As the home of the infamous Little Prince and his creator, Antoine de St. Exupéry, there is a touch of magic in the air in Lyon. Perhaps you’ll find it when you walk into one of the world gastronomy capital’s numerous restaurants, or when you’re exploring the ancient Gaul capital’s jaw dropping Gallo-Roman Ancient Theatre of Fourvière. Maybe it’ll be when you’re taking in the views of the city from the Fourvière basilica viewpoint or the nearby Parc des Hauteurs, or when you’re exploring the French Resistance museum and the passageways they used to send secret messages.
The bottom line is that Lyon will charm you, it is just a question of how.

PARC OL STADIUM
Parc OL Stadium, “new stadium generation” is located 10km east from the city-center of Lyon. Built in 2016, the arena can welcome up to 59 000 fans and has been imagined to replace the famous Stade de Gerland. Parc OL Stadium is privately owned by OL and will be one of the attractions of RWC 2023. Used to host European Football Game (Euro2016 and Champion’s league), Parc OL Stadium has also taken part of rugby history, hosting the final of Champions Cup in 2016.

Due to its unique character, some people think of Marseille as a world apart from the rest of France. The city’s fine mix of petanque, pastis, and longstanding port culture might have something to do with it, along with the neighbourly vibe that seems to be prevalent among the city’s residents. This last one is a pleasant complement to Marseille’s urban beat, and it’s part of what makes the city that lends its name to the French national anthem that much cooler. What also makes the city cool: the area’s mistral winds, which pass through Provence’s lavender fields and right through Marseille before dropping off into the Mediterranean. For those looking for a sunny stay in a city whose residents know how to live the good life, Marseille is where it is at.

STADE VÉLODROME
The second biggest stadium in France after Stade de France Paris, Stade Vélodrome has been equipped with a removable roof. Situated only 5km away from Marseille City Center, in a new eco-responsible district, Vélodrome Stadium is hosting Football club of Marseille – Olympique de Marseille. Usually known as a European football place, the stadium will host in 2021 European Rugby Champions Cup and is getting more and more a rugby place.

A day in Nice – or anywhere in the French Riviera – will make anyone feel like a royal (which is probably why all the European monarchs used to vacation here). The Promenade des Anglais is the city’s claim to fame, but it is the crystal blue water of the Mediterranean coastline that is the real jaw dropper. Head a little inland to find the heart of Nice in the old town and its central square, Place Rossetti, where you will find plenty of sources of amusement, including bars, restaurants, boutiques, and nightclubs. Head even further inland for a lovely walk around Castle Hill, where the city’s citadel once stood and where the best views of the city are to be had. In short, Nissa la Bella has it all: sun, style, and the sea!

STADE DE NICE
A proud example of energy performance, Stade de Nice respects the principles of sustainable development. The stadium is a model of ecological design and construction. Nice’s stadium will be 10 years old in 2023. it is also the 1st stadium in Europe to produce more energy than it uses. Located 14km away from Old Town of Nice, Stade de Nice is hosting football club of OCG Nice. Before being one of the host city for RWC2023, the stadium received rugby games for occasional Top 14 Championship games.

When rugby first came to France, it was particularly well-received in the southwest. So well-received, in fact, that Toulouse’s rugby club has won France’s rugby championship 20 times – more than any other club! Rugby aside, Toulouse boasts excellent use of duck in its cuisine and numerous contributions to the aerospace sector: both Airbus and the French Space Agency have their headquarters here. The city’s buildings, typically made of pink brick or terracotta, make for a rosy aerial view of the city, and have earned the city the nickname “la ville rose”, or “the pink city”. In visiting Toulouse, you have nothing to lose! (And everything to gain!)

STADIUM DE TOULOUSE
Located in the heart of Toulouse, only 10 min away from the central place of Capitole, le Stadium profits of a privileged situation on the Ramier Island. Key Venue for more than 20 years, it was selected to be host venue for Football World Cup 1998 and Football Euro 2016. Principally used by Toulouse Football Club, the stadium is also hosting European rugby games and received games during RWC 2007.

Nantes is a gateway to the beautiful northwest of France, renowned for its connection with its history, the arts, and the outdoors. This is evident just outside the train station; the city’s impressive botanical garden is about 50 metres outside the door, and the awe-inspiring Château des Ducs de Bretagne is just two tram stops away. In the city’s old shipyards, you will find the Machines of the Isle of Nantes, a collection of machine animals that are a living art installation and one of the city’s must-sees. Green spaces are sprinkled around the city, and beyond the city limits are charming fairytale villages and idyllic farms, the latter of which fuel the region’s dairy industry (which is the strongest in France). This might explain the impressive use of cheese and butter in the area’s food. Bon appetit!

STADE DE LA BEAUJOIRE
Stade de la Beaujoire is in the north of Nantes, about 5km away from city center. Built to welcome European Championship of Football in 1984, the stadium has hosted many important international football games notably during the Football World Cup in 1998 or Rugby World Cup in 2007. La Beaujoire is home of Football Club of Nantes. Granted specially for RWC 2023, a renovation of the stadium will occur with new screens, Wifi and modern tickets access.

The birthplace of Charles de Gaulle, arguably France’s most famous former president, has colourful gold-accented architecture that exemplifies the city’s Flemish and French roots beautifully. A walk around Place du Général de Gaulle, affectionately called “la Grand’place” by locals, will transport you to another time: before there was a French Revolution for the square’s central “Goddess” statue to commemorate, before the splendid old stock exchange building was built, and before Lille was even French! Today, RWC 2023’s northernmost host city has the largest student population in France, booming textiles, and mass distribution sectors, and one of the largest bookstores in Europe! Also good to know: its residents have a reputation for being the kindest in France, which they’ll probably happily demonstrate over a beer in any one of the city’s many craft breweries.

STADE PIERRE MAUROY
Built in 2012, the stadium is one of these new generation stadium, hybrid and multifunctional, located 6km away from the city center of Lille. It is an architectural jewel of 50 000 seats. Since 2019, the stadium has signed an eco-friendly charter for sports equipment. Unique in France, the stadium has been equipped with a removable roof and has 5 different set up possible (sport and concerts). From a sport perspective, the stadium is hosting Football Club of Lille (LOSC) and has received international football games (host city during Euro 2016, Champions League games). The stadium is also used to receive Rugby games such as France test matches.

In Bordeaux, the city that Queen Elizabeth II described as “the very essence of elegance”, there is a lot of sights to see and tastes to taste! (The city’s world-renowned wine, for example.) Bordeaux is not far from the Atlantic and was historically an important port town. The old port area, charmingly named the Port of the Moon, now has UNESCO status for its contributions to the exchange of cultural values. The city’s location, its world-renowned vineyards, and its overall elegant vibe make it a perfect spot to unwind from the thrill of a rugby match. Speaking of rugby, the history of its club, Union Bordeaux-Bègles, is a beautiful demonstration of rugby values: the two clubs united to become one after more than 100 years of rivalry. It does not get any more rugby than that!

STADE DE BORDEAUX
Stade de Bordeaux is ideally located at the crossroads of multiple modes of transportation which gives a quick and easy access to the venue, only 15km away from the Bordeaux-Mérignac airport and less than 10km away from Bordeaux City Center. Stade de Bordeaux distinguishes itself from other sports venues by the pure form of its design and the extreme lightness of its structure. Hosting Football Club of Girondins de Bordeaux, the stadium will also receive rugby games before RWC 2023, with French Rugby Team matches in 2022 and some games of the French rugby league.

Since this former arms producer and mining town decided to cultivate its design scene in the 1970s, it has completed several design-oriented projects such as a new design research and education centre (appropriately named Cité du Design) and the International Design Biennial. Its efforts really paid off in 2010, when the city earned membership into UNESCO’s Cities of Design network! But design is not the only thing “St. E” has to offer: the Stéphanois are well-known for their intense love for their football team and for their sport culture in general. The nearby Park Pilat in one direction and a dormant volcano range in the other provide fresh air, great hiking, and as the French say, “zenitude”. St. Etienne may be the smallest host city, but it is packed with culture and beauty!

STADE GEOFFROY GUICHARD
Named as “le Chaudron” (Cauldron), the stadium is built as English stadiums, with stands closed to the field. It is the oldest host stadium of RWC 2023, opened since 1931! Located north of the city, less than 5km away from city center, Geoffroy Guichard is an iconic and emblematic stadium in France with an important history. Home of Saint Etienne Football club (ASSE), the stadium has lived considerable experience during the past. Host city during Football World Cup 1998, Rugby World Cup in 2007, and Football Euro 2016, the stadium has an important experience in receiving major sport events. 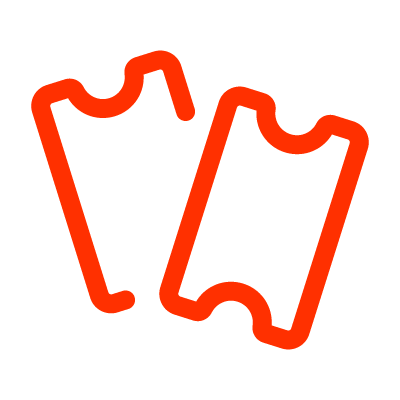 Be part of where the Grit meets the Glory in Paris and book a ticket inclusive travel package now!

If you are looking to find the perfect GROUP TRAVEL INCENTIVE then let Travel with Flair help create a legacy CORPORATE INCENTIVE or a once in a lifetime GROUP ITINERARY to France in 2023.